Stay updated and get new offers and other informations in our newsletter.

The so-called Mulesing is a term that can be heard and read more and more frequently and is increasingly causing public discussions. Mulesing describes a very painful intervention on merino sheep with the aim of preventing the infestation of the animal with larvae of a special fly (Lucilia cuprina) .

Bred in Spain at the beginning of the 14th century, merino sheep came to Australia and New Zealand about 200 years ago, where sheep breeding and wool production have increasingly developed into an industry. There are currently over 40,000,000 million sheep in New Zealand and over 110,000,000 million sheep in Australia. Merino wool is one of the finest types of wool in the world. This is why natural fibres are often used for functional underwear and outdoor clothing in addition to everyday clothing.

By breeding wrinkled skin, which of course means more skin area and therefore more wool, the merino sheep are particularly susceptible to fly larvae disease (myasis), because the flies like to lay their eggs in the skin folds, especially in the often contaminated and moist area around the tail of the animals. The hatching larvae bore into the sheep's skin and cause infections. If untreated, this can lead to the death of the merino sheep.

Mulesing, developed in the 1930s by John W. H. Mules in Australia, refers to the cutting away of a plate-sized piece of skin in the area of the anus of the sheep. This extremely painful procedure is often still performed without anesthesia, although there are already alternatives. The resulting open wound is not further treated and so the skin there paradoxically offers an attractive environment for egg deposition by the fly. Only after the scarring does the smooth skin offer no possibility to deposit the eggs. However, all other skin folds on the body of the animals remain "attack surfaces".

The demand for mulesin-free, "bloodless" merino wool is increasing

When one learns what mulesing means for the animals, it is only understandable that demands for merino wool, for which the sheep no longer have to suffer, are becoming louder and louder.

Animal welfare organisations such as PETA have long denounced the cruel practice of mulesing and sensitise people to the suffering of sheep. Also many enterprises do meanwhile completely without wool of sheep, with which Mulesing finds application.

No more mulesing in New Zealand

One of the greatest successes in the fight against mulesing to date is probably the ban imposed in New Zealand in 2018. Mulesing is now a criminal offence there and is subject to high fines. It is a milestone in the global fight against mulesing and thus for the protection of animals. In addition, such a strong signal from a country that is one of the world's largest wool exporters will certainly have an impact on other countries such as Australia. Unfortunately, only a small percentage of Australian sheep are still mulesing-free, as the alternatives are costly and labour-intensive. Therefore you should pay attention to mulesing-free wool when buying.

In Australia only a "voluntary ban" applies, where each sheep farmer can decide for himself whether to apply mulesing to his sheep or not. It is said that about 60% of mulesing is now to take place under anaesthesia. Alternatives such as flytraps or breeding sheep with fewer wrinkles, which thus offer less surface for parasite attack, have apparently not yet established themselves.

In Germany mulesing is generally forbidden and in some countries of the world the said flies do not exist at all, so that mulesing-free wool can be guaranteed there. These include Uruguay or Patagonia in South America, Spain and Portugal in Europe and South Africa. There is no official mulesing-free label yet, but you can trust labels like GOTS (Global Organic Textile Standard) or IVN (Internationaler Verband der Naturtextilwirtschaft e.V.), as well as the kbT certification (kontrolliert biologische Tierhaltung) with a clear conscience and have the security of a species-appropriate. 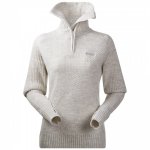