No match for your search for

ry it this way:

Or ask us directly!

If high wearing comfort is important to you, then the Womens Sansara Pants from Edelrid will convince you quickly. Whether in the climbing gym or on the yoga mat, the robust and easy-care trousers offer great climatic and elastic properties due to their material mix and are also super comfortable. The wide fine-ribbed waistband and the elastic leg cuffs ensure that the trousers always…

About Edelrid
Edelrid was founded by Julius EDELmann and Carl RIDder in 1863. At first, the company made braids and cords. Julius Edelmann was a salesman and mountaineer, Carl Ridder a technician, who specialized in braiding machines. The faces might have changed over the years but Edelrid remains an innovative and creative company to this day. In 1953 Edelrid invented the kernmantel rope and revolutionized the world of climbing. Materials and production techniques were constantly improved and then, 11 years later, Edelrid produced a rope capable of withstanding multiple falls  the forerunner of the modern dynamic climbing rope. Edelrid now produces millions of meters of climbing rope every year and is proud to be able to say that every single centimeter is bluesign® certified.
Es wurden keine passenden Artikel gefunden. 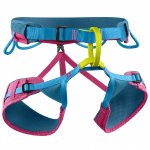 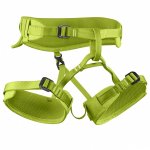 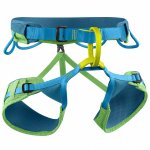 Unterwegs is a company group of specialist outdoor shops which was formed in Wilhelmshaven, Germany in 1987. Initially founded as a pure retail business, the emphasis on service, quality, fairness and a diverse and inclusive range of products soon led to rapid growth and expansion.